Boston College Men’s Basketball: Previewing Belmont and How to Watch 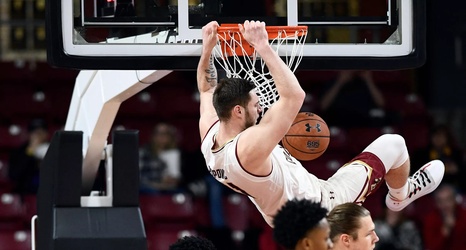 Boston College welcomes the Belmont Bears to Conte Forum this afternoon in a game that will put the Eagle’s 3-0 start on the line against a mid-major that looks to make it two straight NCAA tournaments. The story so far for the Eagles has been defense, holding opponents below 50% shooting in all three games so far this season. The caveat, however, is that those teams just aren’t that good: Wake Forest hasn’t done much, USF was down one of their best players, and High Point is… This is the biggest test of the young season. Can they deliver?