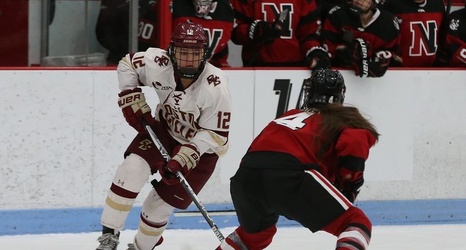 After a year to remember for junior Kenzie Kent, the dual-sport athlete is getting what may be the biggest individual honor of her career.

Kent had a year to remember on the Heights. She became the fifteenth member of the 100 point club in women’s hockey during the 2016-17 season.