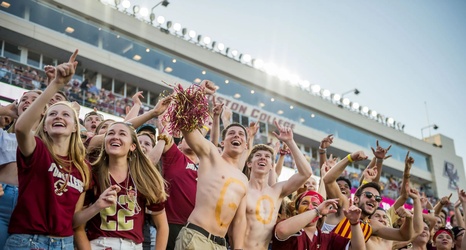 Some distant but big future scheduling news out of Chestnut Hill today: Boston College has signed an agreement to face Alabama in non-conference play in 2031 and 2034. Jason Baum teased it earlier and Pete Thamel from SI reported this morning:

Sources: Alabama and Boston College have agreed to a home-and-home football series. BC will host Alabama in 2031. Alabama will host BC in 2034.