Boston College Falls on the Road at Providence 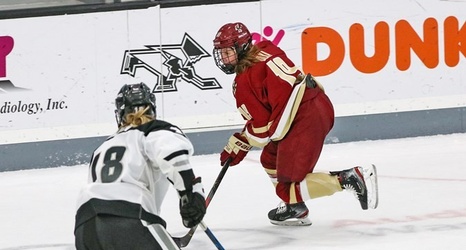 Delaney Belinskas opened the scoring with her 15th goal of the season early in the opening frame but Providence answered back 26 seconds later. Kelly Browne's goal put the Eagles back up midway through the period but the Friars again fired right back, finding the equalizer 20 seconds later. Providence then put home two in the second and got an insurance goal in the midst of a late BC push – with the Eagles firing 15 shots on goal in the final 20 minutes in the third period.