BC Volleyball Heading to Second Postseason in Three Years 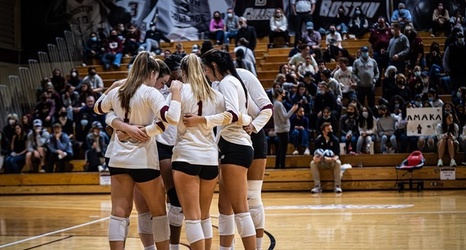 CHESTNUT HILL, Mass. – For the second time in three years, the Boston College volleyball team will extend its season into the postseason when it hosts the first and second rounds of the National Invitational Volleyball Championship December 4-5. The Eagles came back for a five-set win over Virginia this past weekend to qualify for the tournament.

BC will host Delaware State at 4 p.m. on Saturday followed by a match-up between Connecticut and North Carolina A&T. The two winners will meet Sunday at 4 p.m. for a shot at the quarterfinals.