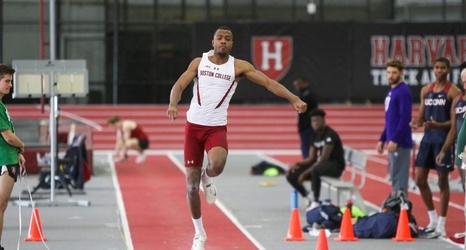 Mckenzie hit a mark of 15.22m (49-11.25) to put himself second all-time in the event. He defeated 22 other competitors on his way to winning the triple jump crown at the meet.

Then in the men's distance medley relay, BC posted a third and fourth place finish. The BC 'A' team of Ryan Scanlon, Marcus Manson, John Wacker and Sean Sullivan finished in third with a time of 9:51.