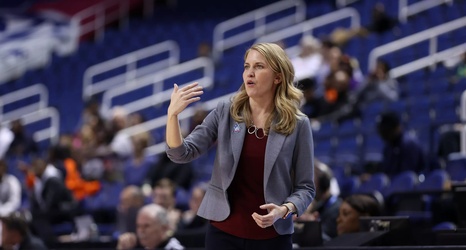 Lots of coaches at BC put in really great efforts this year and led their teams to success. Kelly Doton led field hockey to a Final Four appearance, Jerry York brought men’s hockey back to the top of the NCAA, and Jason Kennedy continued to turn around the volleyball program. But it is tough to argue that anybody deserves the Coach of the Year honor than women’s basketball’s Joanna Bernabei-McNamee, who beat out nominees Jerry York and perennial favorite Katie Crowley for the honor.

Two seasons ago, the women’s basketball program at BC was at the bottom of the barrel.