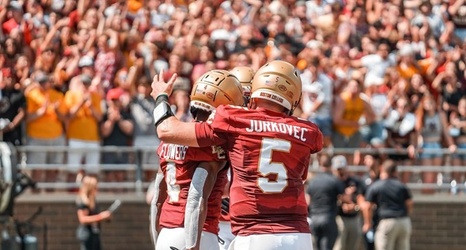 CHESTNUT HILL, Mass. – The Atlantic Coast Conference and its television partners announced game times and broadcast selections for the weekend of Nov. 20. Boston College's home game versus Florida State will kickoff at noon with national television coverage on ACC Network.

The game takes place on BC Varsity Club Hall of Fame weekend at the Heights.

Nine individuals have been selected to the Boston College Varsity Club Athletic Hall of Fame for the fall of 2021. In the first induction cycle in two years, BC is adding eight former athletes, including one from the veteran's era, and one administrator.