BC Bats Back Sheehan in Dominant Win 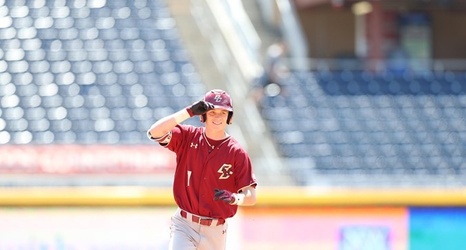 GREENSBORO, N.C. – The Boston College baseball team defeated Fairfield, 20-1, at War Memorial Stadium on Sunday. The Eagles evened their record at 5-5, while the Stags remained winless at 0-6.

BC jumped out to a 6-0 lead in the first for the second day in a row. Sophomore third baseman Cody Morissette (Exeter, N.H.) drilled a two-run home run out to right-center to open the scoring.