BC Athletics Celebrates the Year at Golden Eagle Awards 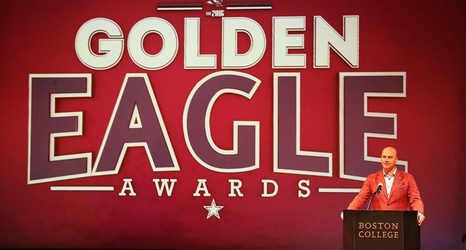 The athletic department named several major award winners, including Rookie of the Year, Rising Leader, Unsung Hero, and Team of the Year. Co-MVP's were announced on both the men's and women's side as Sean Burke and Ky Bowman shared the men's honor, while Megan Keller and Kenzie Kent each earned the women's award.