BC Announces Future Series with Alabama 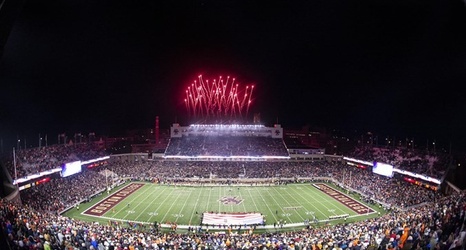 CHESTNUT HILL, Mass. – William V. Campbell Director of Athletics Pat Kraft announced on Wednesday that Boston College and Alabama will meet for a two-game series on the gridiron beginning in 2031 in Chestnut Hill.

"As we look to build out our future schedules, it was important for us to find a series that would resonate with our fan base and television partners," said Kraft. "We are excited to begin the two-game series with the Crimson Tide and finally get the opportunity to host Alabama at Alumni Stadium in 2031."

BC hosts Alabama to begin the series on Sept.