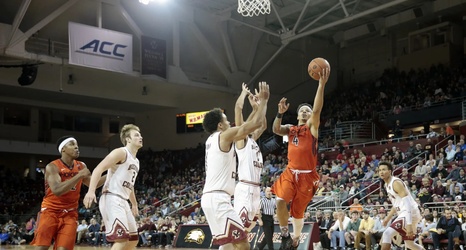 When Pat Kraft stepped into the role of Boston College Athletic Director last spring, he faced two unenviable tasks: replacing an AD in Martin Jarmond who was very popular not only among BC fans, but with a strong reputation nationwide; and starting up in the middle of the COVID-19 shutdown of college sports.

With fundraising and marketing being such critical parts of the AD job, Kraft was dealt a difficult hand - but appears to have played it about as well as anyone could have hoped.

Let’s take a look back at some of the past year’s successes:

Securing the funding for the basketball practice facility

Yes, the basketball practice facility has been a priority for years, dating back to Martin Jarmond’s time as AD, when BC went deep on exploring options for where and how to ramp up basketball and hockey facilities.