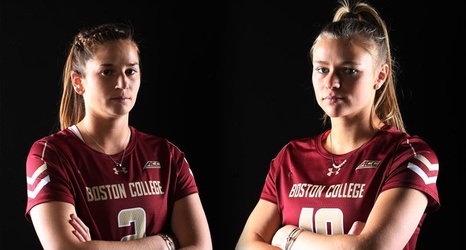 WASHINGTON, D.C. - For the first time in program history, two Boston College athletes have been named Tewaaraton Award Finalists, as announced by the committee on Thursday. Reigning award recipient Sam Apuzzo is joined by classmate Dempsey Arsenault in the group of five finalists. The Tewaaraton Award is given annually to the best male and female college lacrosse players in the nation.