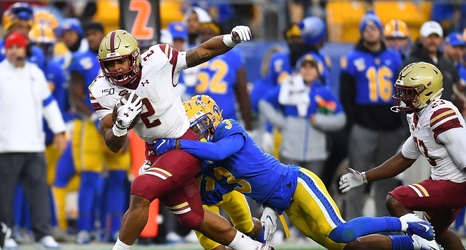 AJ Dillon will be forgoing his senior season and declare for the NFL Draft, BC announced Tuesday.

While Dillon will not be participating in the bowl game against Cincinnati on January 2, he will leave the school as the all-time leader in rushing yards and touchdowns.

Dillon has been an absolute stalwart for the Eagles since coming to the Heights and has been the feature back since his freshman year. On a run first team he has done the lions share of the work. His highlight reel moments at BC will live on as he takes his next steps.