QB Patrick Towles To Transfer To Boston College From Kentucky 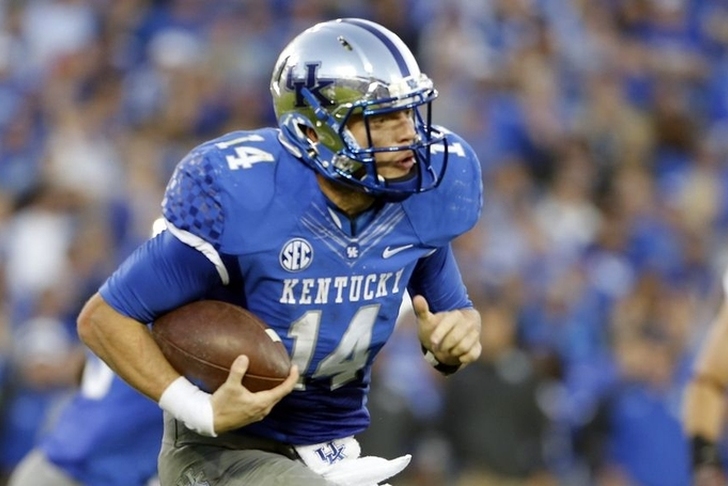 Redshirt junior quarterback Patrick Towles has decided to transfer from Kentucky to Boston College, per a Twitter announcement on Friday.

Towles is on track to graduate from Kentucky in a month. He'll be immediately eligible to play for the Eagles after he's done with school in Lexington.

Starting 22 games in a row at UK before being benched for freshman Drew Barker in the last two games of the 2015 season. Towles has amassed 5,099 career passing yards and 24 touchdowns, but struggled mightily for long stretches of this past campaign.

Boston College has been was a mess at quarterback after sophomore starter Darius Wade went down with a broken left ankle in a Week 3 loss to Florida State. They'll be counting on Towles to regain the form which made him a trendy NFL Draft prospect to watch for many experts prior to this past season.

Neither Kentucky (5-7, 2-6 SEC) nor Boston College (3-9, 0-8 ACC) were extended a bowl invitation this season. Kentucky was technically eligible with three 5-7 teams receiving bids, but their Academic Progress Rate from the year prior was not in the top three of 5-7 teams around the FBS.