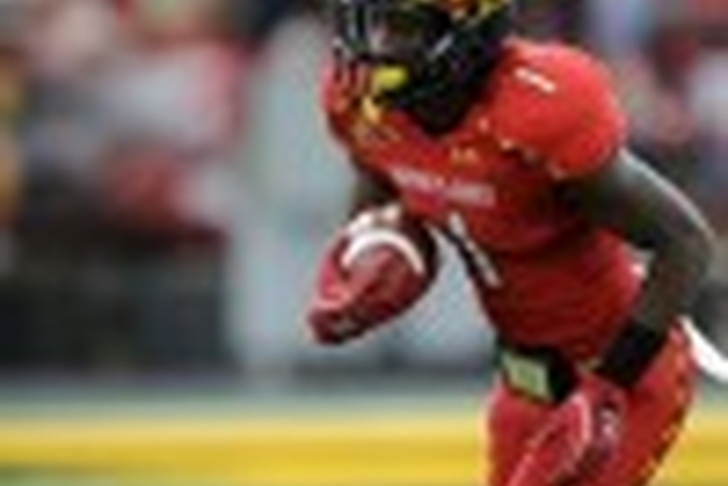 Boston College has some interesting options this bowl season, and the ACC's bowl tie-ins make it very likely they'll be playing a winnable game against a Big 10 or American Conference opponent. As things stand, here are the three teams BC is most likely to face off against:

Boston College is very likely to face off against one of the bottom four bowl-eligible Big 10 squads, a list that includes Maryland, Penn State, Iowa and Illinois. Of those four, Maryland is strongest right now...and many projections have the Eagles facing the Terps in either the Pinstripe Bowl or the Quick Lane Bowl. Maryland is having a surprisingly solid year, but they've struggled against high-scoring offenses who move the ball quickly. BC is 8-3 against Maryland all time, and the Eagles have won the last three matchups.

A berth in the Military Bowl will see BC face off against a team from the American Conference, and we'd be shocked if that team isn't East Carolina. The Pirates are having a solid year, but their inconsistent conference opponents make it hard to get a read on just how good they are. The ECU offense hung 70 points on North Carolina, but then got held to 10 by Temple...so a lot will depend on how Don Brown's defense can contain the Pirates. These two teams have never played each other.

If BC ends up in the Pinstripe Bowl (over 75% of the projections we've seen have them landing there), Penn State is the likely draw. The Nittany Lions are a great opponent for two reasons - first, the ratings and commercial benefits will be excellent, since PSU has such a large and attentive fanbase. The second reason? Penn State's offense has struggled badly in the second half of their season, and the Lions barely limped to bowl eligibility. This is a chance for BC to win big in a game lots of people will be watching, and the recruiting benefits of a win like that can't be understated.

Who would you like to see BC match up with? Let us know in the comments section!

More: The 3 Most Likely Bowl Destinations For The Boston College Eagles