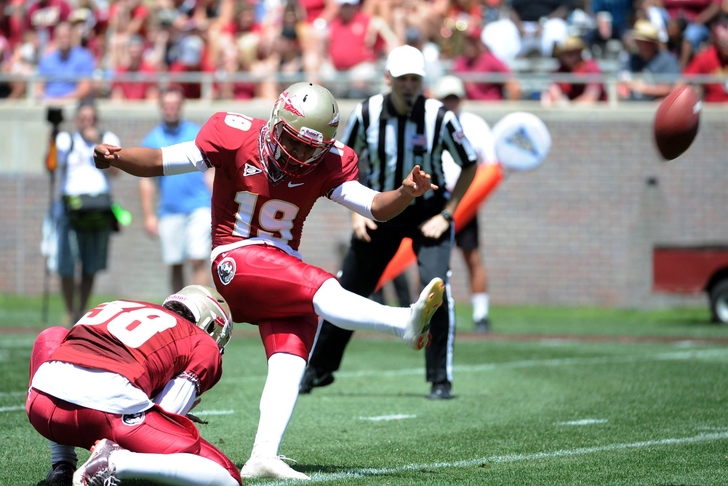 The Boston College Eagles' attempt at throwing the College Football Playoff standings into absolute chaos on Saturday came up just short, as the #3 Florida State Seminoles broke a 17-all tie on K Roberto Aguayo's 26-yard field goal with just :03 left to secure a heart-stopping 20-17 victory in Tallahassee.

The Seminoles (11-0) almost joined the list of one-loss teams looking to market themselves to the 13-person playoff committee with the regular season coming to a close. However, that was not to be on this night.

Boston College (6-5) dominated on the ground, outrushing FSU and a clearly-hobbled Jameis Winston 240-110. That allowed the Eagles to dominate time of possession in a similar fashion to their major 37-31 upset of USC back on September 13th.

FSU would survive, however, despite the normally sure-footed Aguayo missing just the third field goal of his career earlier in the 4th quarter - a kick that likely would have secured the win with a bit less drama involved.

Nothing may be easy with this Florida State team, but they keep getting the job done when it matters the most - adding a 27th straight victory to their credit with Saturday's nail-biting victory.