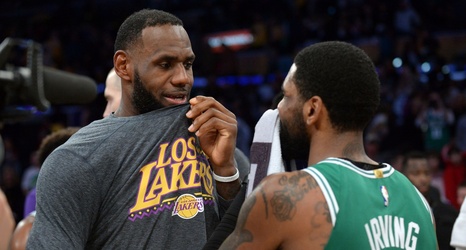 Every morning, we compile the links of the day and dump them here… highlighting the big story line. Because there’s nothing quite as satisfying as a good morning dump.

Irving had 30 points on 12-of-18 shooting, along with 7 rebounds and 5 assists. Marcus Morris added 16 points and 7 rebounds. The Celtics shot 51.6 percent from the field.

James had 30 points, 12 assists and 10 rebounds despite having his playing time limited. Irving asked to be traded from Cleveland two seasons ago in large part because he had grown tired of playing in James’s shadow.