Your Morning Dump... Where Daniel Theis and Brad Wanamaker are key to beating the Raptors? 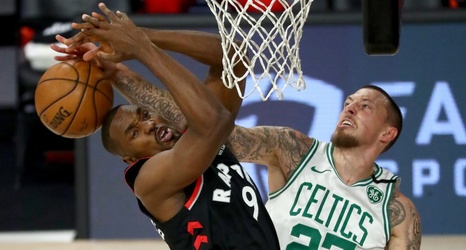 …Theis has been the only big that Celtics coach Brad Stevens can consistently lean on. Theis’ playing time has spiked to 28.5 minutes per game — up more than 4 minutes per game from the regular season — and he’s responded by turning in inspired play against a Gasol/Ibaka duo that has a combined earning of $48.8 million this season. That’s $43.8 million more than Theis is making.