With glass in his hand and ice in his veins, Marcus Smart continues to improve 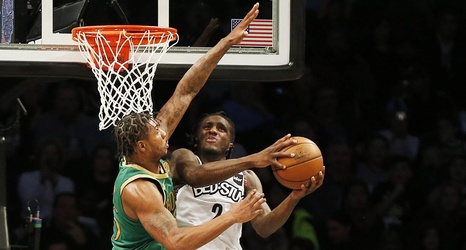 It’s been five games (excluding Sunday’s game against the Knicks where he sustained an injury) since Marcus Smart took that ill-fated shot to close the game in Sacramento. The shot which lost the Boston Celtics their ten-game winning streak. A broken play with only seconds left on the clock, the ball found Smart with what looked like an easy drive.

Five seconds left on the clock, the ball is quite rightly in Kemba Walker’s hands. Kemba drives towards the rim, but is met by a solid double team from Cory Joseph and Richaun Holmes that forces the pass.