Why Kemba Walker is the perfect leader of the Boston Celtics 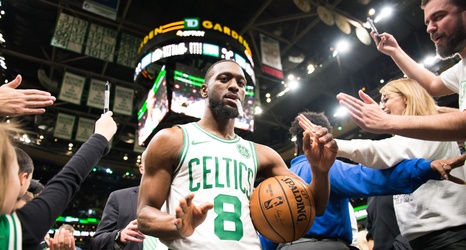 When considering the Boston Celtics and who their team is built around, there’s a pretty interesting common theme: they are not used to losing.

Since Marcus Smart–the longest tenured member of the Celtics–was drafted, the team has been in the playoffs every single season. That means Jayson Tatum and Jaylen Brown have never experienced any sort of sustained losing either.

In fact, those two have never been part of a team that hasn’t made it to at least the second round of the Eastern Conference playoffs. In his first taste of the conference finals, Tatum went toe-to-toe with LeBron James and came within moments of punching his ticket to the NBA Finals in his first season.