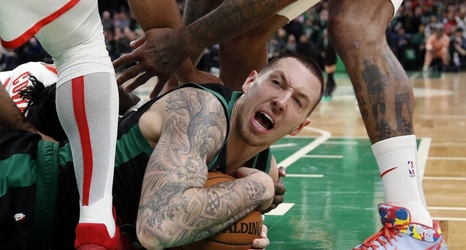 Last week, we detailed the rookie campaign of Romeo Langford. Another Celtic with a promising future, Daniel Theis, finds himself the subject of this week’s review. Oh, and I promise it will be a little shorter this time!

The German National has remained remarkably efficient despite being trusted with a starting role and a career-high in minutes. The decision to make Theis the starting center has been a good one, as evident by his 130 offensive rating and impressive defensive performances.

Still, like any player, Theis has room to improve, which I will delineate after breaking down some of his strengths.