What if the Celtics traded Marcus Smart, Derrick White, or Malcolm Brogdon? 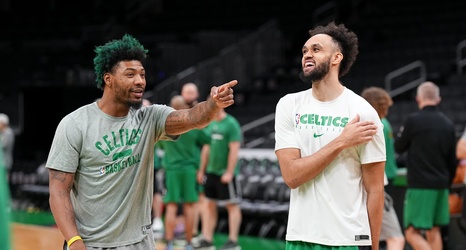 This has been the offseason of Kevin Durant. Trade rumors have absolutely dominated headlines, and the Boston Celtics have been at the center of it all (whether they wanted to be or not). Various reports have surfaced discussing potential packages Boston could offer for Durant, all of which have included Jaylen Brown.

However, what has quickly become a topic of conversation is what else the Celtics would have to give up for Durant. Initial reports from Shams Charania of The Athletic indicated that the Celtics offered Derrick White and the Nets countered by asking for Marcus Smart.