Weiss: who’s in, who’s out for the Summer Celtics 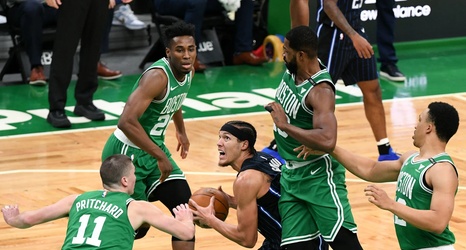 For those starving for Celtics news, former CelticsBlogger Jared Weiss has a ton of goodies in his latest dispatch at The Athletic. Boston does not currently have a first round pick in next week’s NBA Draft after trading #16 to Oklahoma City with Kemba Walker for Al Horford and Moses Brown. There’s obviously still a possibility that Brad Stevens could get back in to what is widely considered a deep class, but for now, the Celtics are only slotted at #45 in the second round.

However, that doesn’t mean the Celtics don’t have young players to showcase in next month’s Summer League showcase in Las Vegas.