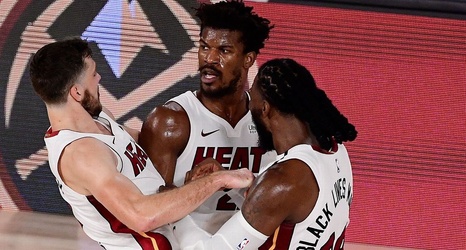 A balanced Miami Heat team came into Game 1 of the Eastern Conference finals with the No. 4 offense and No. 4 defense in the postseason. In the final 12 seconds of an overtime thriller on Tuesday, they executed two phenomenal, game-winning plays: One an offensive gem by their closer Jimmy Butler, the other a nasty block by their All-Defense big man, Bam Adebayo.

Headed into the series, Butler said, "We're not underdogs." If the bubble has produced one truth, it's that the NBA has no underdogs in September. Tuesday's 117-114 Heat win over the Boston Celtics underscored that.