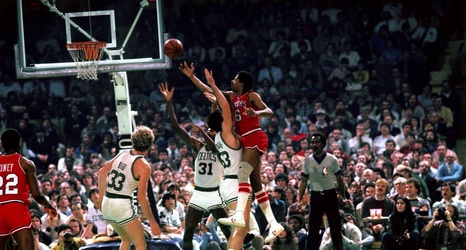 As was inevitable, I guess, ESPN’s airing of “The Last Dance” dredged up a “hard feeling” or two.

One such “bone of contention” involved the proprieties of winning or losing a hard-fought playoff series, the Bad Boy Pistons’ notorious walk-off after being swept by the Bulls in 1991 particularly standing out in stark contrast to this era’s traditional post-game hug-ups.

But nine years prior – on this very date – a sell-out throng at the old Boston Garden implemented its own ideas regarding such propriety, creating in the process a tradition that still endures.

Hop in the “Wayback Machine” and let’s journey back 38 years:

The horn sounded to end the pre-game warm-up.