The quiet Celtics, a vocal Chris Paul, and learning to play in the bubble 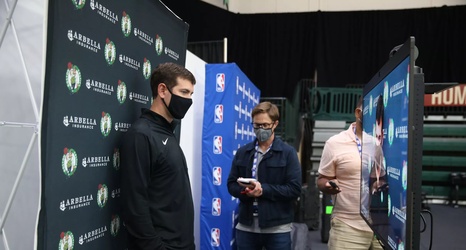 The Boston Celtics fell to the Oklahoma City Thunder in their first taste of competitive basketball since the NBA was suspended. After the defeat, Brad Stevens provided insight into what he perceived as the most important lesson for his team:

“I thought the most interesting part, and there’s nobody else in here, but I thought Chris Paul dominated the game with his voice. That’s going to be critical as you move forward, to be connected and communicating and doing those types of things. That was a great lesson for us.