The NBA has an officiating problem. 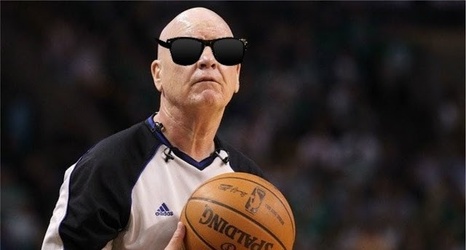 Another day, another controversy for the NBA and its officials. On the heels of the Celtics two point loss in Los Angeles on Sunday, the NBA has announced that all the calls made in the final two minutes were correct on the floor.
I’m not going rehash what happened Sunday afternoon. At the end of the day, it’s one game out of 82. This team has proved enough already this season for me to know they’ll be fine come playoff time. What isn’t fine, though, is the obvious fact that the NBA has lost control of their officials and is doing nothing to fix it.