The Jays lead the way with some help from their friends: 10 Takeaways from Celtics/Knicks 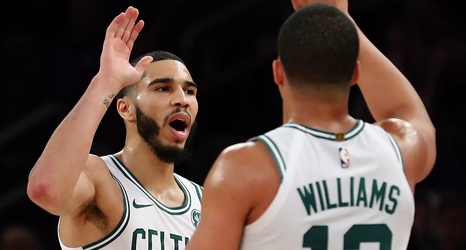 1. Jayson Tatum played one of the best all-around games of his career. He scored 30 points, grabbed six rebounds, played good defense with two steals and two blocks, and set a career-high with seven assists. Tatum was a good shooter/scorer from day one in the NBA. His defense has also always been good. The passing is what has really improved since he entered the NBA. Against the Knicks, he made three different types of reads that showcased that improvement.

First, Tatum recognizes that New York is in a zone and that Mitchell Robinson is laying back.