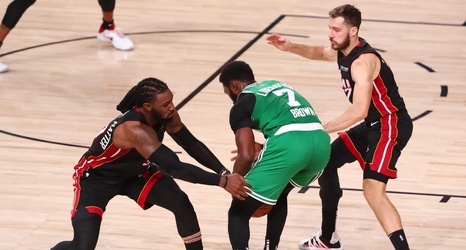 Once again, the Boston Celtics come away thinking about what could of been after another night of sloppy turnovers in the 4th quarter. The Miami Heat defeated the Celtics 112-109 in a possible season-defining Game 4 of the Eastern Conference Finals. With their backs against the wall, the team is looking at a must-win Game 5 tonight.

Nineteen turnovers plagued the Celtics, especially the seven that came in the fourth quarter. In Game 2, their main problem was lazy ball movement compounded by solid zone defense from the Heat. Following that, it looked as if the Celtics were refreshed and turned a corner against the 2-3 in their win in Game 3.