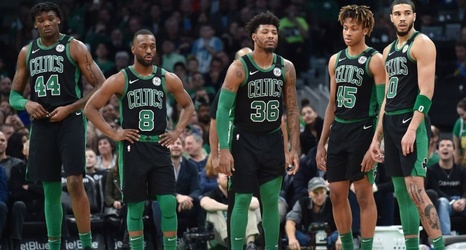 Well, the NBA buyout deadline came and went. As we know, the Celtics made two trades at the trade deadline: acquiring Evan Fournier using some of Hayward's TPE along with trading two second round picks and Jeff Teague, then a seperate three-team trade including Daniel Theis and $1.3 million for Luke Kornet and Mo Wagner. Acquiring Fournier was a solid move to increase scoring depth, but trading Theis was more of a money move. After the trade deadline, the Celtics were involved with some of the league’s most intriguing buyout options, but missed out on them, thus keeping them under the luxury tax for the rest of the season.