Tatum and Brown lead Celtics to 113-101 win over Bulls 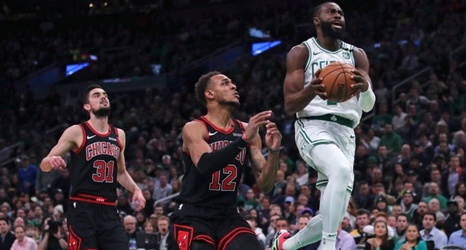 Enes Kanter had 15 points and nine rebounds, Kemba Walker added 14 points and Marcus Smart had 12 points for Boston, which won its second straight after a season-high three-game losing streak.

Zach LaVine led the Bulls with 30 points, including a couple of highlight dunks. Thaddeus Young added 17 points for Chicago, which has lost seven of eight.

The Bulls trailed by 55-37 at halftime, but came out with a 17-5 run over the initial 4 minutes of the second half.