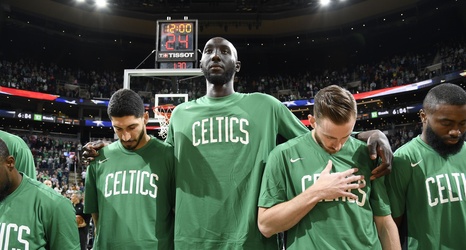 During their trip to New York this past weekend to square off against the Knicks, Boston Celtics supergiant center Tacko Fall traveled with the team to receive treatment on his sprained knee. Expected to spend a majority of the 2019-20 season with the G-League affiliate the Maine Red Claws, Fall, a two-way contract player, is allowed to spend up to 45-days with the Celtics during the regular season.

With this in mind, one may find it odd that Boston opted to bring him up this past weekend despite knowing he was unable to play. However, with all two-way contracts, there is a loophole to this rule: players with this contract are allowed to rehab with the NBA club when injured without having it count toward their 45-day’s, so long as they do not partake in specific team activities.