Stevens on Hayward: “he’ll warm up and we’ll see” 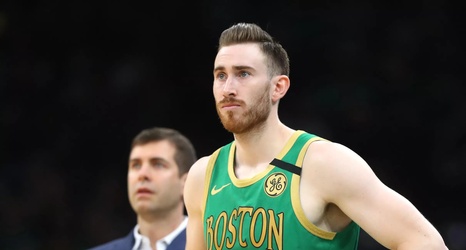 ESPN’s Adrian Wojnarowski reported earlier today that there was “significant optimism” that Gordon Hayward would return tonight for Game 3 of the Eastern Conference Finals against the Heat. With an hour before tip off, all signs remain positive:

Brad Stevens is taking a “we’ll see” approach as the Hayward and the Celtics begin to warm up pre-game and ultimately, it’s Gordon’s decision on whether or not he’ll play. With the Celtics down 0-2, his return couldn’t come sooner. In two regular games against the Heat, he’s averaged 22 points on 55.