Stevens: “most encouraging thing has been the play of our second unit” 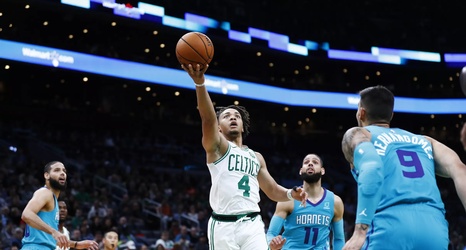 While many championship contenders elect to fill their bench with veteran know-how, the Boston Celtics have made a concerted effort towards player development when filling out their roster.

Chief among those examples this season are a trio of young NBA players who have earned rave reviews from the Disney World bubble as teams begin to round back into form.

Carson Edwards and Tremont Waters — two 2019 second-round picks who struggled to stand out during Boston’s first 64 games — both drew the praise of head coach Brad Stevens after the Celtics’ first few days of practice.