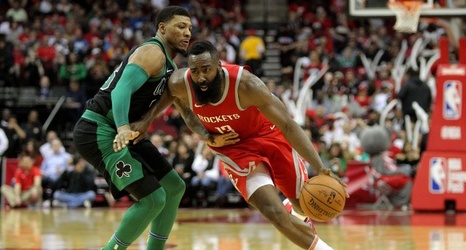 After Saturday’s frustrating loss to Houston, Marcus Smart said this of James Harden

“When you’re playing a guy like that who gets those types of calls, it’s pretty much like you’re playing in foul trouble,” Smart told the Globe after the game. “You’ve got to play really certain. You have to be really solid. You can’t really play the defense that you want, because you know nine times out of 10 he’s going to get those calls. It doesn’t matter whether your hands are up or not. He still gets them. We saw that here tonight a few times, and we’ve seen that every other game.