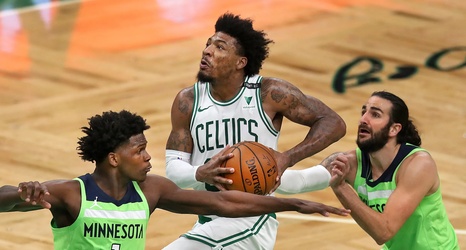 Who starts at point guard? That’s a question that dominates Celtics discussions since Kemba Walker was traded to the Oklahoma City Thunder. Marcus Smart and Payton Pritchard are the only primary ball handling guards left on this current iteration of the roster.

Cap space is minimal, trade assets negligible, and realistic options don’t exactly get the pulse racing. So, what are the Celtics plans with the point guard position? According to KSTP’s Darren Wolfson, the Celtics are one of multiple teams currently doing their due diligence on Minnesota Timberwolves guard Ricky Rubio.