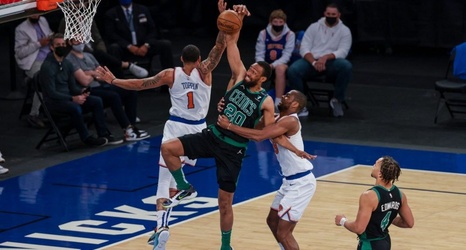 The Celtics went against the Knicks deliberately shorthanded (lacking Tatum, Brown, Smart, Walker, Rob Williams, Fournier and Thompson) and lost by a thin margin, 96-92. This result meant little for the Celtics with the play-in already guaranteed.

Q1 was a battle mostly consisting of jump shots. Despite the significant talent disparity between them and the home squad, who had Julius Randle and their other usual starters, Boston kept it close against New York. It honestly looked like a decent, entertaining game at first—hell, the Celtics led 24-23 at the end of the frame. Then the second quarter happened.