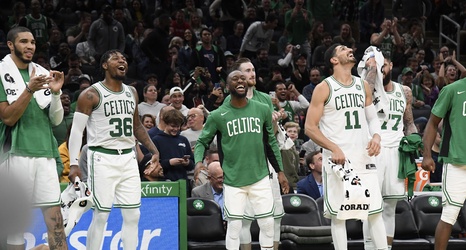 It’s been a long time since the Boston Celtics have been able to claim to have the league’s most valuable player in green and white. To be exact, it’s been 33 years.

Coincidentally, it was #33 (Larry Bird) who last laid claim to the MVP crown back in 1986. That was Bird’s third consecutive season winning the award, and it capped off a 30-year stretch that saw a member of the Boston Celtics win the award 10 times.

I’m not a mathematician, but I know that one team winning the award 33% of three entire decades is an absurdly dominant stretch.