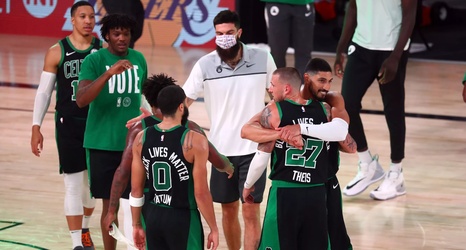 1. Brad Stevens spoke pregame about the Celtics need to be aggressive, but under control. He also talked about facing the moment right in front of them and that “You can’t win three games at once”. Yet, Boston still came out tight and looked off for much of the first half of Game 5.

Multiple players confirmed that after Stevens talked a few tactical things, the players took over the locker room at halftime. Kemba Walker’s voice stood out most. He told his teammates “We’re playing tight. Why? What does it matter?