On this date in history the Celtics traded for Kevin Garnett 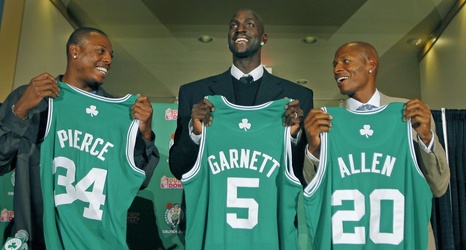 Of course within a year the Celtics would win their NBA record 17th championship. Kevin McHale gets blasted for this deal, but Al Jefferson became an All-Star and who knows what McHale would have done with the lottery pick they received.