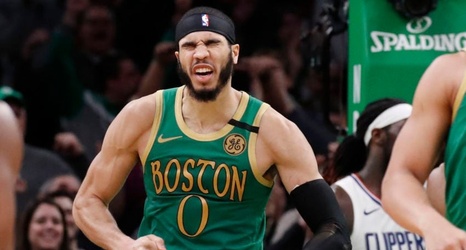 In a double-overtime thriller, the Celtics held off the Los Angeles Clippers, 141-133, Thursday night at TD Garden.

Here’s what we saw:

1. Jayson Tatum is playing like a superstar. Ahead of his first All-Star appearance this weekend, Tatum took — and made — big shot after big shot. With the Celtics up 88-86 in the closing minute of the third quarter, he capped his drive to the lane with an emphatic one-handed slam, adding 6-foot-8 JaMychal Green to his growing list of posterization victims. Clippers guard Lou Williams then knocked down a three-pointer, but Tatum responded by drilling a three-pointer of his own.