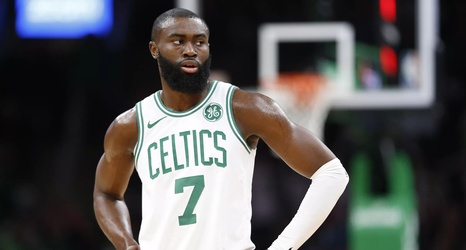 The Celtics shook off another rough start with Marcus Smart’s intensity missing due to an illness and oblique injury. Brad Stevens shook up lineups into the second, when he found a wing-heavy group with Semi Ojeleye he rolled with for over 20 minutes as Kemba Walker scored 29 and flipped the game upside down with his playmaking in the second quarter.

Boston won 112-93 and leapt over the Heat to second place in the east. Video from after the game is below, courtesy of CLNS Media.