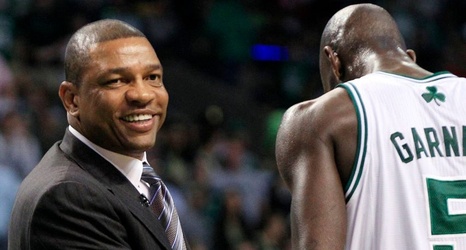 On Thursday night, the Celtics beat the Clippers in a double-overtime thriller, 141-133. Jayson Tatum led the way for Boston, scoring 39 points.

THROW IT DOWN JT!!! pic.twitter.com/xnR2SQx6aW

Also on Thursday, Boston College women’s basketball won at the buzzer against Notre Dame, 56-55. Senior forward Emma Guy hit the game-winning layup before being mobbed by her teammates:

BRB, watching this a million times in a row#WeAreBCud83eudd85ud83cudfc0 pic.twitter.com/pLNsctpQzA

Doc Rivers tried to sum up what Kevin Garnett brought to the Celtics: In statistical terms, Kevin Garnett’s most impressive NBA seasons were in Minnesota with the Timberwolves prior to his time in Boston.