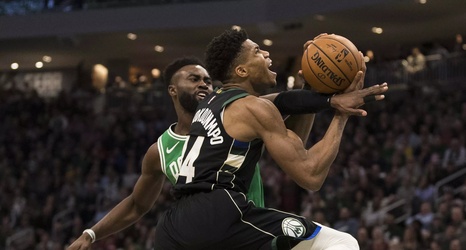 Last April, the Boston Celtics’ seven-game triumph over the Milwaukee Bucks in the first round of the NBA Playoffs was something of a landmark occasion for the franchise. After several rudderless weeks of basketball without the two players that were supposed to be carrying them to the promised land — Kyrie Irving and Gordon Hayward — many felt the Celtics were dead in the water, destined to fall to the Bucks and their rising superstar, Giannis Antetokounmpo.

As you know, that didn’t happen. The Celtics conquered the Bucks behind the play of youngsters like Jayson Tatum, Jaylen Brown and Terry Rozier, and launched one of the most improbable playoff runs in NBA history.