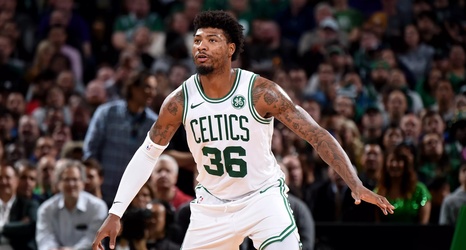 Though Marcus Smart is dealing with a litany of ailments, most recently an oblique contusion suffered Sunday against the New York Knicks along with an illness he has been fighting, it won’t take him away from the court for long.

After missing Wednesday’s contest versus the Miami Heat, which is the only game Smart has missed this season, he is expected to be back in action for Friday’s matchup with the Denver Nuggets.

“I plan to play tonight,” Smart told the gathered media at this morning’s shootaround.

Smart added: “The oblique injury is feeling a lot better.