March Madness: which Celtics draft prospects you need to see 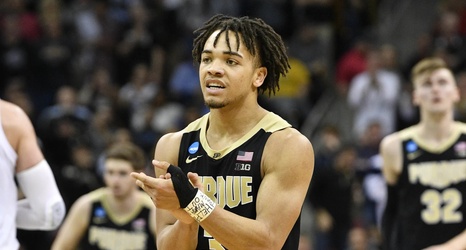 March Madness is officially upon us!

On Sunday night, the brackets for the 68-team tournament were revealed. The Boston Celtics have some guys on their roster who are no stranger to tournament success. Kemba Walker won a national championship and Cardiac Kemba was born. Carsen Edwards put up two 42-point games in the 2019 NCAA Tournament, leading Purdue to the Elite Eight. Robert Williams, Grant Williams and Tremont Waters made Sweet Sixteen appearances in the last five years, and Tacko Fall got close to upsetting the Zion Williamson-led Duke team in 2019.

For many NBA fans, March is the first opportunity to see serious draft prospects and evaluate them on the grandest stage.