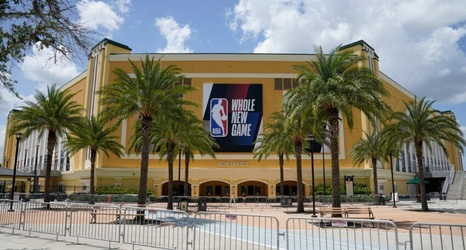 For NBA reporters Marc Spears and Gary Washburn, there is no safer place in the world right now than the NBA’s bubble at Walt Disney World.

The two arrived on July 12 and were subject to a week of quarantine right away. Spears’s first orders of business were to ask for a king-sized bed (which he got after waiting 45 minutes) and to make himself feel as much at home as possible, which includes watching his hometown’s local newscasts.