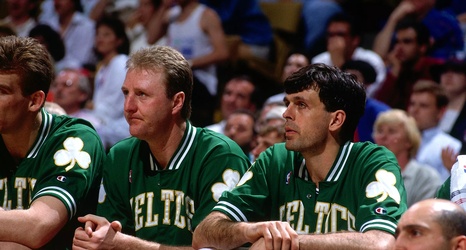 On Saturday afternoon, NBA TV broadcast Game 7 of the 1992 Eastern Conference semifinals between Boston and Cleveland, played at the Richfield Coliseum on Sunday, May 17. The defending champion Chicago Bulls and Michael Jordan would take on the survivor.

Living in northwest Ohio as a young diehard Larry Bird and Boston fan, I made the trek to northeast Ohio to see this climactic game, sitting in the highest reaches of the sold-out stadium. My Cavalier fan friend’s dad got tickets and drove us to the much-anticipated contest.

As we neared the Coliseum in Richfield, almost 21 miles and 30 minutes south of Cleveland (out in the middle of nowhere actually), homemade signs that local fans had erected along the road came into view.