KG should replace Shaq on Inside The NBA 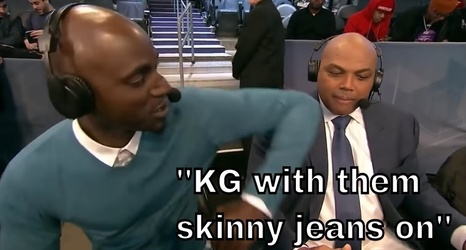 Inside The NBA has been on the air for a remarkable 31 years. And unlike most things it hasn't gone stale yet. Remember when ESPN and SportsCenter used to be cool? The main reason Inside The NBA has been successful is because of the threesome of Ernie Johnson, Charles Barkley and Kenny Smith. If you put Kenny on any other show he wouldn't be nearly as entertaining, but he has always worked great next to Chuck with theie playful bantering and teasing. The show added Shaquille O'Neal after his retirement from the NBA and it obvioulsyb works with him still, but honeslty they could do so much better.